Quaife’s motorsport gearbox range includes complete replacement in-line, transaxle and four-wheel drive transmissions, offering five, six and seven-speeds depending on application, with a choice of synchromesh or dog engagement and helical or straight cut (spur) gears. Dog engagement enables rapid ratio selection without the performance or wear compromises of the synchromesh mechanism and is largely intended for motorsport use, whereas the helical variants of Quaife gearboxes are equally at home in a road environment. 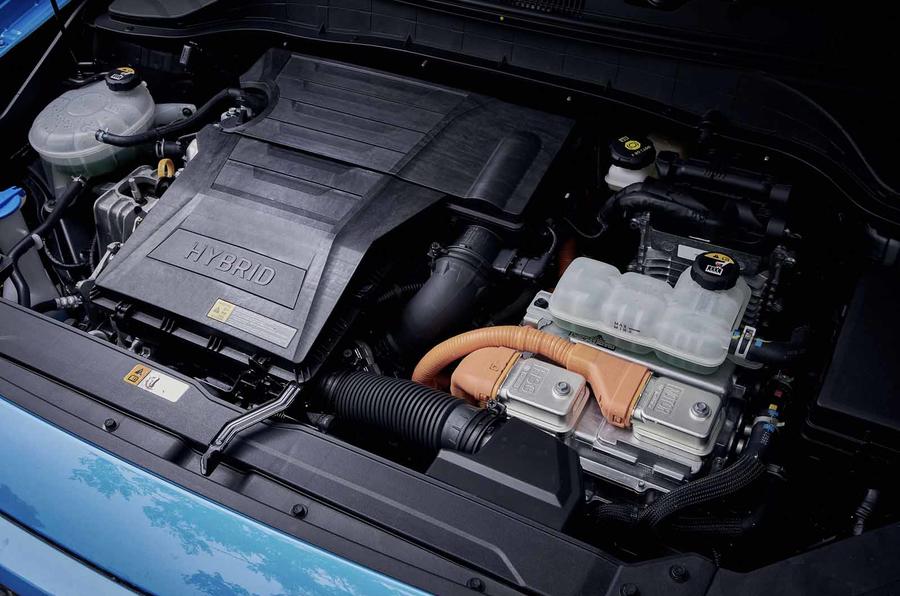 Irrespective of selection method, Quaife’s close-ratio gears reduce the rev drops between gearshifts enabling even highly tuned engines to stay operating in their optimum power-band at all times, while the choice of gear ratios and final drives (where available) allows users to fine tune gearing to suit their particular requirements. 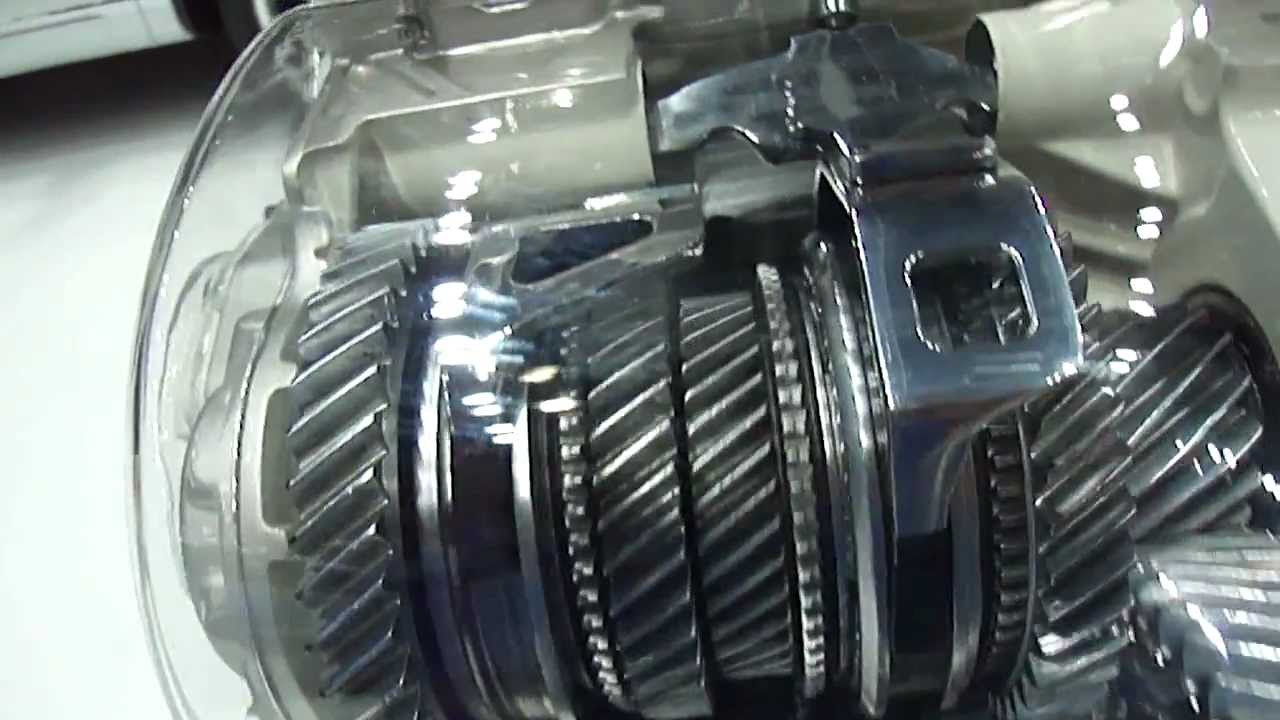 Numerous bellhousings for popular engines are available from stock to enable the easy installation of Quaife’s in-line transmission range into a variety of vehicles, as is a range of accessories, including a choice of gear levers to suit individual requirements.

Quaife is reactive to external requirements and is constantly evolving its gearbox range to suit market demands. Having pioneered the sequential gearshift in the late 1980’s, Quaife has proactively continued to develop and refine its sequential gearbox technology to improve reliability and to adopt integrated electronic paddleshift systems. The inherent performance advantages of the ultra-rapid sequential shift are greatly in demand, which explains why a significant proportion of Quaife’s heavy duty gearbox range is now designed from the outset to incorporate this system.

With close ties to the motorsport sector, Quaife has developed its transmission range with popular fitments in mind, including rear wheel drive Ford applications, plus the Porsche 997, Nissan Skyline R32-R34, Land Rover/Range Rover and many more. For historic users, Quaife offers a ZF replacement transaxle, designed for use in GT40 and De Tomaso Pantera fitments.

We invite you to explore Quaife’s gearbox range by clicking the banner below. For product selection advice, please contact the Quaife Technical Sales Team.

Of all the misnomers we encounter in the automotive aftermarket, one of the most common stems from the confusion surrounding the TREMEC T-56 6-speed transmission and its Magnum 6-speed protégé. Granted, one could argue that the two models have more in common than not; however they are in fact completely different transmissions. If you are considering a TREMEC for your car, it’s important to know the differences in order to make sure you don’t waste money on the wrong transmission, or one that falls short of your performance objectives.

Appreciating the differences between the Magnum and its T-56 predecessor starts with knowing the history of both transmissions. We’ll start in the late 1990s, when TREMEC was well on its way to becoming a household name among stick-shift enthusiasts, thanks to the growing popularity of our TKO transmission in the budding 5-speed muscle car conversion market. During this same period, following the acquisition of BorgWarner’s manual-transmission business in December 1996, TREMEC was successfully producing the T-56 for use in just about every rear-wheel-drive performance car being offered by the Big 3 automakers – and even a few outside of them.

As the hot rod restomod market continued to explode, the TKO – re-released in 2004 as the TKO-500 and TKO-600 – continued to lead the charge, particularly among those with early engine combinations. The T-56, however, had garnered appeal among enthusiasts who embraced the more recent GM LS and Ford Modular engines. At the same time, salvage yards had become flush with the factory offerings, making LS1/T-56 conversions from wrecked Camaros and Trans Ams in particular a very popular swap.

Much like today though, the factory T-56s were tailored specifically to the OE applications from which they came, meaning that gear ratios were sometimes undesirable and shifter locations were often less than ideal for an early muscle car – forcing the use of awkward-looking custom consoles. Last but not least, speedometer provisions on the transmission were typically incompatible with classic applications. In short, these swaps left a lot to be desired. Add to that, the limited torque capacity of some factory units, as well as, the fact that many had been severely abused before ending up in a boneyard, and the need for an aftermarket solution was clear.

Fortunately, the timing was right for a response from TREMEC. Mendeola s4 transmission. Prompted by ever-increasing torque demands and the desire for improved shift quality from our OE customers, in 2004, we began working on a replacement for the T-56. Debuting in the Ford Shelby GT500 for model year 2007, the new TR-6060 6-speed quickly became the go-to performance transmission of the industry. By 2008, it had superseded the T-56 in pretty much all OE performance applications.

Addressing the need for a more flexible solution for the custom car market, our engineers also went to work on an aftermarket-only version of the TR-6060. Working with input from the TREMEC marketing team, they took swap-friendly features from the TKO and modeled the input side of the trans after the popular T-56 applications in order to leverage existing market support. GM versions of the Magnum were modeled after 1998-2002 F-bodies and Ford versions after the 2003-2004 Terminator Cobra. In 2009, TREMEC released the new T-56 Magnum. Using T-56 in the name was intended to let customers know the trans was not some brand-new, unproven design; the name Magnum signified that this new unit was indeed something special – unique from all T-56 transmissions that came before it.

Unfortunately, the naming strategy confused large portions of the market that didn’t know the Magnum was actually more TR-6060 than it was T-56, and that there was little in common application-wise with either OE model. In addition, the T-56 name itself had so much goodwill in the market that many enthusiasts chose to ignore the Magnum part altogether and continued to use the T-56 moniker instead, rather than the other way around.

Now that you know some of the history leading up to the Magnum, and are clear that it is not a T-56, let us take a deeper look at what separates the TREMEC Magnum and its TR-6060 sibling from the T-56 that came before them.

The TREMEC Magnum and TR-6060 utilize 2-piece speed gears. The clutching ring and gear are forged and machined separately. They are then interference-fit and laser-welded together. This type of construction does away with the previously wasted space in the T-56 design. Combined with the new synchro design, the TREMEC engineers could substantially increase the face widths of the gears, thereby increasing torque capacity.

The improvements made to the synchronizer were much more than a simple trimming of fat. The T-56 used a hoop-style retainer to hold three stamped-steel keys in place, attempting to put equal pressure at three points of a circle. Although it worked reasonably well, the design was prone to uncontrolled movement that in extreme cases could allow the keys to dislodge.

Though narrower in design, the blocker and friction rings in the TREMEC TR-6060 and Magnum have an increased diameter and a standard triple-cone arrangement for substantially more surface area and strength than the double-cone setup found in the majority of T-56s. In the case of the TR-6060, the friction materials themselves vary by application. Here, the material shown is sintered bronze. The T-56 also used several different materials. The T-56 ring shown here is a ‘particlized’ carbon. All TR-6060 and Magnums feature triple-cone baskets in the 1-2 position, and double-cone arrangements throughout the rest of the box, including Reverse. The T-56, conversely, offered a mix of double and triple cones, depending on the application, for First and Second, and, in many cases, a single cone for all other gears.

A common complaint from those who liked to abuse their T-56 was the unit’s propensity to bend aluminum shift forks; thus, the installation of steel forks was a common upgrade. The problem was not so much with bending the fork prongs, but rather an issue found at the shift-rail bore. A keyway cut into the bore for placement of the shift plates, or z-links, had a tendency to wallow out and allow the fork to deflect on the rail, opening the door to a host of secondary shift-related issues. In the TR-6060 and Magnum, these links have been cast into the fork, eliminating the concern and allowing the forks to be both light and strong.

Perhaps the greatest difference between the Magnum and all other OE units (TR-6060s included) is its wide range of flexibility features with the explicit intent of being more swap-friendly. Other Magnum components include dual (electronic and mechanical) speedometer pickups, dual-pattern crossmember mount area and commonized 31-spline output shaft that trumps the toughest T-56 in strength.

There’s still a lot of ground we could cover, and perhaps we will in a future story, but hopefully you now (if you didn’t before) understand and appreciate some of the critical differences between the T-56 and its replacement, the Magnum. Although the T-56 was a great transmission, and continues to faithfully serve in many heavy-hitting street cars, it is simply no match for the Magnum transmission that it ultimately inspired.