2002 – It was nearly two months ago that I shared my frustration at trying to install the Mac OS X 10.1.4 update on the 2 GB partition I’d created for OS X when I bought my TiBook.

I’ve been using OS X on and off since then, mostly because it’s a much more stable way to play Euchre on Yahoo! Games. IE 5.1 is about equally flaky on both OS 9 and OS X, but I don’t have to restart the whole OS when IE quits while I’m running OS X. (For some reason, Yahoo’s applets won’t run on Mozilla, iCab, Opera, or OmniWeb. Sigh.)

Anyhow, after my previous 10 Forward column, I received several emails suggesting that I use Carbon Copy Cloner to move everything from my OS X partition to another drive or partition. So I tried it whith my external FireWire drive – and my enclosure chose that day to die. Sigh.

I simply didn’t have room on my TiBook’s internal 10 GB hard drive to move the OS X files. Several readers suggested I remedy that with an inexpensive 20 GB hard drive. Sorry, not in the budget.

After finishing Low End Mac’s site update this morning, I began my regular visits to the rest of the Mac Web. I quickly discovered that my OS X partition was now two revisions outdated. Time to do something about that.

Sophos AP50 - Wireless Access Points are a great way to add Wireless to your environment with the Sophos UTM as the gateway. They are easy to setup and are up and running in 5 minutes. Sophos AP50 - wireless access point overview and full product specs on CNET. Sophos ap50 factory reset. 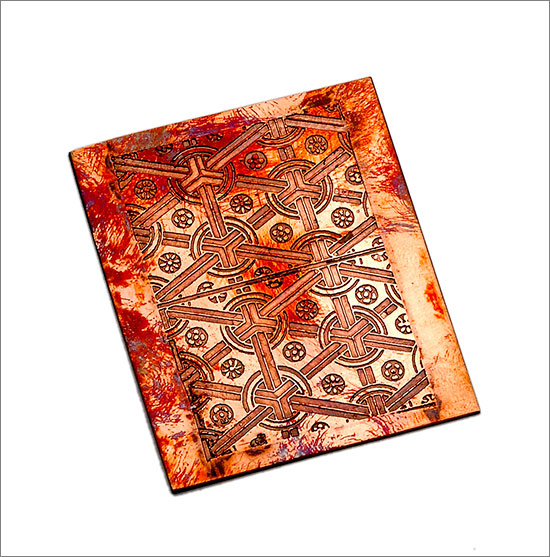 The first step was to clear a half gig or so off my main partition. That meant finally setting up the old SuperMac C600 that my youngest son used before we got an iMac. (That’s another machine I’m hoping to get OS X on soon.) That meant moving a trio of monstrous, unused Quadra 950s from the network closet, where they sat on the shelf below the SuperMac J700 used for backup and the Power Mac 6100 dedicated to running [email protected] as part of Team 6100.

The 6100 and J700 share an old 4-port ADB MoniSwitch, but the 1m video cable wouldn’t quite reach the video port at the bottom of the C600 minitower on the bottom shelf of the equipment rack. It took at least 30 minutes to dig up a 6′ cable, during which time I began downloading the 10.1.5 updater on our Beige G3. (We’ll get back to that.)

Cable found. C600 all wire up and booted. Tim’s files cleared off the 15 GB hard drive. Sharing enabled. Folders created for all six members of the family and my wife’s business. Time to move some data.

No wonder I didn’t have room to move OS X to my main partition – Brian had 430 MB of files in his folder on my TiBook, mostly MP3s. Of course, until my wife got her 14″ iBook a couple months ago, I had the only Mac in the house that could burn CDs.

Once I’d moved all of the kids’ files and some software updaters to the server and removed them from my hard drive, I had plenty of room to move OS X from the sadly undersized 2 GB partition to my main 8 GB one.

Although OS X is very sophisticated in some ways, in other ways it’s dumber than the classic Mac OS. For instance, you can’t just drag your System Folder from one drive to another and have it work – something I’ve been doing for years under OS 6, 7, 8, and 9.

Thank goodness there are people like Mike Bombich. Mike’s Carbon Copy Cloner is a script that moves everything from one OS X drive to your destination drive, fixes any hard links between files, blesses the system, and does all that without wiping out everything you already had on that drive or partition.

Put another way, like everything having to do with the OS X system, it takes a long time to work. Not that I’m complaining about Carbon Copy Cloner, since I may never need to use it again.

No, I’m complaining about how slow the process of updating Mac OS X is. First you download the files, then install, then optimize, then reboot. Of course, it was far slower on the Beige G3 in the basement (our only dedicated OS X box) than on my 400 MHz PowerBook G4, but it’s still a long, slow process.

I wish Apple could find a way to make these updates install more efficiently. It’s easy to lose 20-30 minutes of productivity while doing an OS X update – and even more on slower machines.

One new feature in OS X 10.1.5 (or maybe from 10.1.4, which I missed) is going to drive me crazy. When the computer goes to Energy Saver mode, it dims the screen. That’s nothing new. But when I start to use the computer, it no longer resets the original brightness – I have to use the F2 “brighten” key to restore normal screen brightness.

Apple, please fix this one ASAP. Thanks.

Mac OS X 10.1.5 permits Quartz text rendering and font smoothing in Carbon applications, but these applications will have to be updated to take advantage of the “silky smooth” antialiased fonts familiar to OmniWeb users. Thanks to Silk 1.0 (freeware), you don’t have to wait. I’ve installed it, and text in IE 5.1, Mozilla, and iCab looks gorgeous now. (Text in Opera is also improved, but I can’t be bothered to manually set a font, size, and style for six levels of headers and several other styles. If users can’t find it to actually be the fastest browser on earth, we should at least find it handsome by default.)

That’s how I spent much of Wednesday: moving Quadras, setting up a server, searching for a cable, moving files (about 30 minutes right there), cloning and moving OS X, doing the 10.1.5 update, and then installing the latest version of iCab, also just announced.

I did spend some of that time playing Euchre in Yahoo! Games (discontinued May 13, 2016) on the Beige G3. I haven’t spent enough time on the G3 to know if 10.1.5 really helps, but it seemed to perform more smoothly than it used to. I’ll have to check with Tim and the other boys, since they use that machine to experiment with OS X far more often than I do.

I’m still a long ways from working inside OS X consistently. Most of my most used apps (Claris Home Page, Claris Emailer, Photoshop 5.5, Mizer, and WebChecker among them) are only available for the classic Mac OS – one of the joys of being low-end and using long discontinued software.

I’m quite pleased to have OS X 10.1.5 up and running on the Beige G3 and my TiBook. Performance is decent, and I am still amazed at how well Classic Mode apps integrate with the new OS. I’ll be installing it on my wife’s 14″ iBook later this afternoon, although she also sees little reason to use OS X at present.

The New York Times described it as enabling 'you can sit at the console of either machine and call upthe programs and files stored on the other.'[4]Computerworld called it 'a package that mirrors every action a user takes on two connected PCs.'[5]