The Z31 was offered in sevral different model trim packages. Each of these with different motors and options.

Here I will try to document these differences to the best of my abillity.

Our FS5R30A transmission is wholesale priced while maintaining the highest standard of quality. Call Us Toll Free 1-888-995-7278. The FS5R30A is at least two generations removed from any L series transmission and used exclusively on VG powered D-21s, WD-21s and the 300zx (Z31) The later Z32 uses the same internals but outside is different. It is rumored to handle reliably, 600 hp but at least a VG30DTT. FS5R30A wrs1 wrote.

The 200Z was the Base model Z31 and was only offered in Japan. It was only offered in a Slicktop body with Minimal Options. The Motor was the VG20ET, A smaller Version of the VG30ET found in the 300ZX. The VG20ET has a Stroke of 69.7mm with a bore of 78mm for 1998cc total and a compression Ratio of 8:1. It came with a single Garret based TB250 turbocharger. They also were only offered with a FS5W71C 5-speed manual transmission.

Wheel size offered were 14' Steel wheels with hubcaps. Dealers usually offered the Alloy Wheels as an option on these models.

The 200Z did not offer any power options.

In the Interior only a few items were included. A base model Stereo was installed in the 200Z.

The 200ZS was the next model up from the 200Z and was only offered in Japan. It had a good listing options such as air conditioning and power windows and locks. It also was only offered in a slick top body and also had the VG20ET motor and FS5W71C 5-speed manual Transmission. The E4N71B 4 speed Automatic Transmission Was an option on ZS models.

The 200Z was also offered with 14' Steel wheels. Dealers usually offered the Alloy Wheels as an option on these models.

The 200ZS had some Upgrades in the interior to make things more confortable.

Power Steering was an option on the 200ZS models

The 200Z was offered with 15' Alloy 4 lug wheels and the other options of the 200ZS. Simulated Aluminum Trim was also Available in the interior.

In 1985 The 200ZR was Created and was the last of the Z cars to have a stright six engine. Nissan dropped the L-series motors and instead used the RB20DET motor in the 200ZR. The RB20DET is a Inline-6 2000cc Twin Cam Electronic fuel injected Intercooled Single Turbo and is the same motor used in the R31 Skyline GTS. It also had higher speed limiter, stiffer suspension, and a LSD R200.

The Dashboard was fitted with white face guages like the 87-89 300zx and different interior Fabrics.

Out side it had a small lip on the front air dam like the 300zx turbo models. It also had a Large hood scoop centered on the power bulge. This directed air into the top mount intercooler on the RB20DET. The 200ZR was offered with a set of 15' Alloy wheels that were used on the 1986 300zx Non turbo.

The 300zx was the top of the line in the Z car series. This was also the only model exported to the USDM where other markets did recieve a few of the other Z car models noted above. The 300zx was powered by a 3.0 Liter single overhead cam V-6 motor with a Bore of 87mm and a stroke of 83mm for a total of 2960cc with a compression ratio of 9:1 in non turbo form and 7.8:1 in Turbo form. This was mated to either the FS5W71C 5-speed Manual for Non-turbo, FS5R90A B/W T5 5-speed manual for turbo models, or a E4N71B 4 speed Automatic Transmission.

The 300zx turbo models added a small spoiler to the hatch made from a rubber covered foam with a metal supporting structure. The Turbo cars also added a small lip to the air dam and a small hood scoop located off center above the turbo location. This was to aid in cooling the early Air cooled turbos.

Interiors were available with either Cloth or Leather with a full gague pack.

In the USA Turbos models were only available in 2 seat models.

in Canada and the JDM market Turbo models were available in 2 seat as well as 2+2 Models.

In the Euro Market Only 2+2 models were available.

Front Turn signal lenses on North American models were amber with a single double filliment bulb. In the Euro market they were half clear and half amber with two bulbs. One for the daytime running lamp and one for the Turnsignal. In the JDM, the lenses were all amber but with 2 sections and bulbs.

In 1984 a 'Special 50th Anniversary Edition' 300zx was offered in the US market and also in the AU Markets. This was to celebrate Nissan's 50th birthday as a vehicle manufacturer. Information on these special models can be found here.

There were 3 Trim codes for the 300ZX in the US market. They are SF(canada), GL, GLL. . GL models had Analog Dash, Cloth interior and manual AC controls. GLL models had Leather Interior, Digital Electronics Package and Adjustable Suspension.

SF models were available with Red or Tan Cloth Interiors.

Standard Options for models were as Follows.

1986 was a strange year for the Z car. In the US market the 300zx recieved a minor facelift by adding flaired fenders and side skirts based off of the 50th AE model (except SF model) and painting the bumpers body color instead of the black stripe.

This also was the first year in the North American Market that 16' alloy wheels were available on the turbo models standard. These were just like the 50th AE wheels but painted grey in the fins. Non-turbo models also recieved a new style Wheel like on the 200ZR in the 15x6.5' size.

This also was the only year the Non-Turbo cars had a rear spoiler. It was availale Standard in the USA only because of safey requirements mandating a high mount brake lamp. It was redesigned in 1987 to be above the rear glass and the spoiler again was removed from non-turbo cars. The Spoiler this year was made of a reinforced plastic instead of the Foam rubber and metal Supporting. 2+2 spoilers Part #s KO850-04P25 or 90850-04P25 and 2 Seat spoilers Part #s KO850-01P25 or 90850-01P25 are not interchangable as the 2+2 is slightly shorter in length and the angle where it meets the hatch glass will not match.

All Non- turbo models recieved the injector Cooling fan mounted on the right side of the Motor.

Hood Scoop was removed from the Turbo Models. 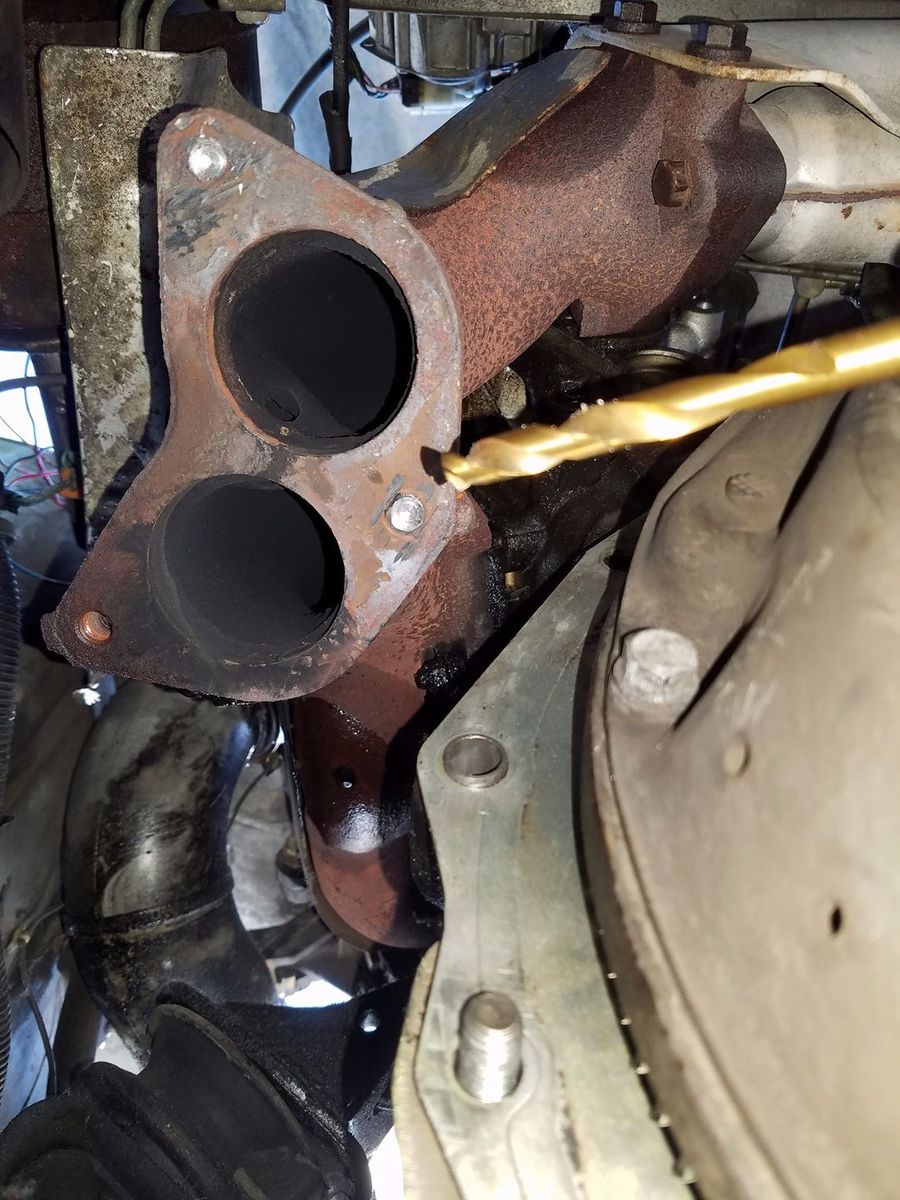 Steering wheel Changed from a 2 spoke wheel to a 3 spoke wheel in GL models and a 4 spoke wheel on turbo models with built in Cruise control and Raido controls.

From 1987 to 1989 the Fairlady Z went through a few upgrades. Below I will detail some of these changes in the models.

The 200ZR - I was offered again with the RB20DET motor just like the Zenki models.

The 200ZR -I also kept the Arched fendars like the Zenki models but added the new Kouki nose, headlights, Tail lamps and Bumper. It was Availale in both 2 seat and 2+2 models. The 200ZR - I was only available in a Slick Top model with manual Transmission.

The 200ZR - II also kept the Arched fendars like the Zenki models but added the new Kouki nose, headlights, Tail lamps and Bumper. It was Availale in both 2 seat and 2+2 models. The 200ZR - I was only available in a T-Top model.

It was offered in both 2 seat and 2+2 models with and without T-Tops. The Interior is Simular to a 200ZR model in Fabrics and materials.

The 300ZR was also offered with the Ever so popular Recardo manual Bucket seats.

Like the 200ZR the 300ZX recieved new front and rear Bumpers with a more rounded look. New Headlights and tail lights were also added.

Interior materials were changed to new Patterns and Recardo Manual Seats were an option in the Japanese Market. In the USDM Cloth and leather were available and in 1988 the same Recardo Buckets were offered in a Special Edition Shiro Special that was offered during the Nissan white sale.

The motor was still the VG30E and VG30ET motors. Only minor changes were made to the motors in 1988. Because of this change these motors are Designated a W-series. Also in 1988 Turbo size decreased to a T25 instead of the preivous T3 model and compression on turbo motors were increased to 8.3:1. Because of this Power increased slightly to 205HP. Some other changes throughout the years were the 5 speed manual transmission used in turbo models. The Borg Warner T5 transmission was replaced with a FS5R30A Nissan Unit. The Spoiler on the Turbo models also Changed to a New Design Plastic model Part # 96030-21P10.

In April of 1987,the North American Market Turbo models started recieving a 3.700:1 Clutch type Limited Slip Differential. In the 1988 Shiro a 3.700:1 viscous Limited Slip was installed. In the JDM market Turbo cars recieved a 3.545 Ratio.

Vented rotors were added to the rear of kouki models.

Once again wheels changed. Non turbo recieved 15X6.5' wheels with covers over the lugs and turbo models had the same style but in 16X7'. 1987 turbo models revieved a Charcoal painted 16X7' wheel and non turbo were just aluminum. 1988-1989 models were the same but the Charcoal paint changed to grey. 88 Shiro wheels were painted white to match the body of the car. This was also offered on 1989 models with either the 15X6.5' wheels or the 16X7' Wheels when paint code #234 moonglow Pearl was chosen.

Turbo models recieved New Larger slip on front rotors and a new front hub. These are sought after as an upgrade to the early models and the non-turbo models so you can upgrade to larger 4 piston calipers from the Z32.