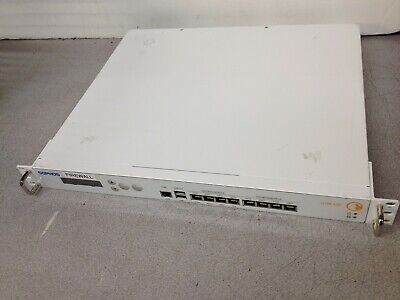 We have been using Sophos UTM 220 for almost 2 years and have been very happy with the product. However, at times I found the 220 was underpowered for us, as we were pushing more data and users through the device and in order to maintain stability, some of extra security features were disabled to reduce CPU overhead and memory consumption (which should be resolved with v9.2)

Plans to upgrade to the 320 were brought forward with Sophos introducing the 'TotalProtect' bundle. You basically get the hardware kit for free, and the maintenance at very discounted rate. (this was a run out as they are releasing new hardware kit).
For around the same cost to renew our previous maintenance for 1Yr, we were able to secure a new UTM320 + 3Yrs maintenance. Now comes the fun part, migration to the new hardware with as little downtime as possible.
This in one part is very easy, you can just download the config file and reupload it to the new box.
However this meant that no log files / history was carried over (without a little extra work)
:(

Also, unfortunately due to being different hardware, you cannot sync up the old UTM220 with a UTM320. For some reason sophos has an inbuilt check that makes this near impossible to get working. How to get citrix receiver.

However, I did manage to partially get the two devices to sync up, but not all the logs were copied over :(
So I kind-of have a manual 'HA' system working between the two devices.
If I power on the 'slave' it boots ups, does a sync but then shuts down.
If I shutdown the master and boot up the slave, the slave becomes the master.
However unsure if all the logs etc will sync up.
the config settings appears to migrate over.

(When you have both devices in the same hardware level, they just work and sync up automatically creating 'HA').

So future plans are to purchase another 320 unit to make use of the HA feature.

Copying the Logs:-
ok, back to the webs - I found the following, which gives guidance on how-to perform a backup of the logs: - http://networkguy.de/?p=319

Unfortunately it doesn't specify how to restore the logs. (which i quickly found out how not to do it..)
After downloading the logs from the 220, and getting the 320 back online as the master, I uploaded the logs and it appears to be all there!
:)

that was until.. about 2hrs later I found out that incoming emails are not working.. argh!
seems like I somehow overwrote and corrupted the SMTP traffic log, which in turn caused the system to not accept any emails.
argh!

Factory reseting the 320 ..again
I then uploaded the backup file, installed the license and then 'attempt two' at copying over the logs.
this time I only copied over the folders (which contain the archived logs).
Don't include the live logs!
So far so good