Some said the old Nissan Juke looked like a frog.

It could never be accused of being dull, and although this new generation mini Nissan isn’t quite as madly styled, you’d hardly mistake it for anything but a Juke.

It’s larger, better equipped and has a safety suite to make many prestige vehicles costing twice as much blush. It’s priced from $30,490 drive-away but our family sampled the mid-range ST+ for $33,490 on the road. 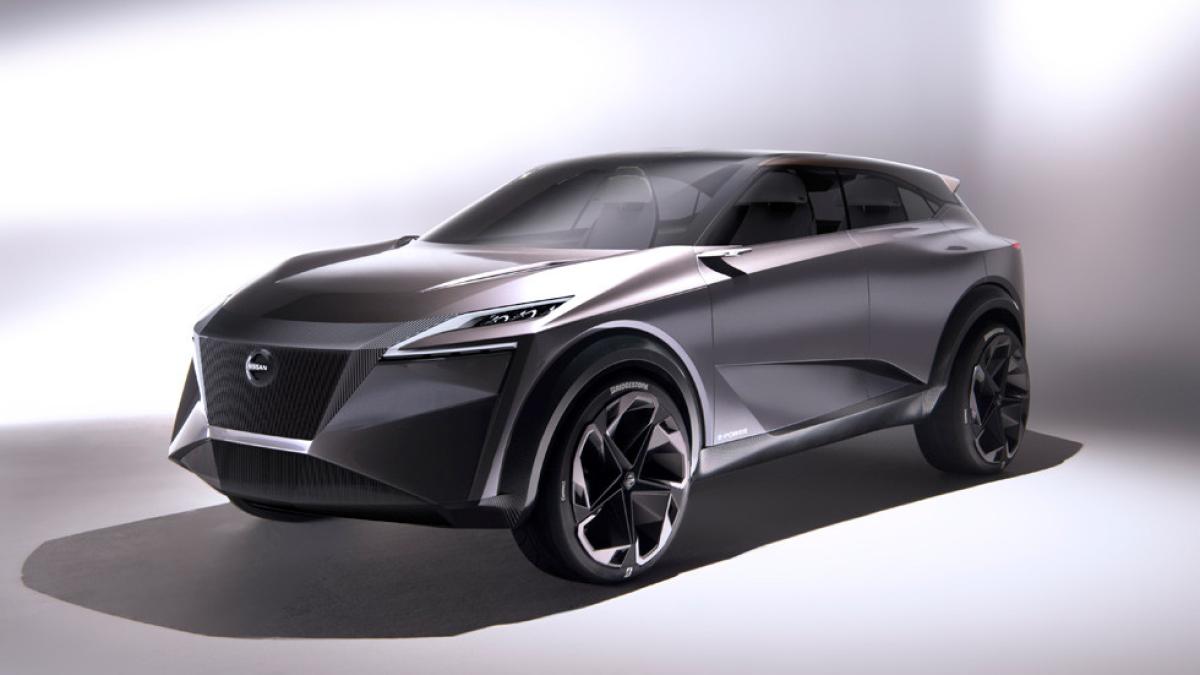 Jules: Well, it’s not pretty, but it’s a lot better looking than the old one.

Iain: The old Juke was definitely bought by those wanting to stand out. This new one’s more grown-up and sanitised looking, but is funky enough.

Jules: I like the new skinny LED daytime running lights, but why those big boggle-eyed orbs below?

Iain: Those are actually the headlights. Inspired by rally spotlights.

Jules: Is the Juke a rally car?

Jules: You certainly get noticed. I love the bright red paint and racy 17-inch alloys on ours, but it’s so angular with those funny dent shapes in the side.

Jules: It’s a light SUV but front space is impressive for two adults.

Iain: Surprisingly roomy for rear travellers too. This isn’t a shoebox like a Mazda CX-3.

Jules: And heated cloth seats? That’s unusual, but welcome during our winter test. And I love its circular air vents. They’re easy to adjust and look brilliant.

Iain: It’s an eye-catching car inside and out. There’s strange but appreciated dashboard padding, a flat-bottom steering wheel, and I like its stubby little gear shifter.

The interior is well equipped.Source:Supplied

Jules: There’s an 8-inch touchscreen running Apple CarPlay and Android Auto, while there’s good space for my phone upfront and my coffee in the glossy sculpted centre console.

Iain: That console looks good now, but it’s a big wad of shiny plastic that could scratch easily. A few more grumbles. It may have heated seats, but how about a centre armrest? And the plastic door tops look cheap for a car costing more than $30,000. Jules: For that money, I feel hard done by in a few areas. There’s no keyless entry and no keyless start, and the doors close with an unsatisfactory cheapie clunk.

Iain: Typical of small Nissans I’m afraid. On the road the seats, while warming my bum, also numb it — they’re quite firm. They’re supportive, but my two-hour highway commute wasn’t the comfiest.

Jules: For a light SUV it’s lovely on the highway. Quiet and solid feeling, and the sound system’s a banger.

The dual-clutch auto is jerky at low speeds.Source:Supplied

Iain: That means good, right? The top Juke grade gets Bose sounds, but I agree, our car’s audio is a high point. There’s no radar cruise control or built-in satnav for this model — you need the grade up.

Jules: I don’t like the Juke’s gearbox at low speeds.

Iain: Nissan usually slings CVT single-speed autos in these cars but the new Juke has a dual-clutch auto. It’s great when racing but jerky and hesitant at low speeds.

Jules: Its response time is a worry. It hesitated coming out of junctions.

Iain: The Juke’s three-cylinder turbo engine’s actually quite lovely, if only they offered a manual — as with other markets — it’d be a gem. In Australia, we’re not given the choice.

Jules: Rear camera and sensors front and rear avoids bingles, but when parking that gearbox again made life difficult. While trying to manoeuvre, it’d offer nothing then suddenly jerk forwards.

Iain: Positively, what a great boot for a light SUV. Deep and long and far more practical for family life than expected.

Jules: It’s a car for being seen in, if you like attention. I’d suggest it’d be a hit outside favourite cafes or in university car parks.

Iain: Here’s the thing. I really enjoy the Juke on a back road. It handles nicely and like most three-cylinders, it’s revvy and quite charming. The double-clutch gearbox works well when you’re booting it through corners, and steering wheel paddles mean you can quickly drop down gears for extra zip.

Jules: Fair point, but who uses a Juke this way? It’s a city slicker. It doesn’t suit a sporty gearbox.

There is plenty of room in the back for the kids.Source:Supplied 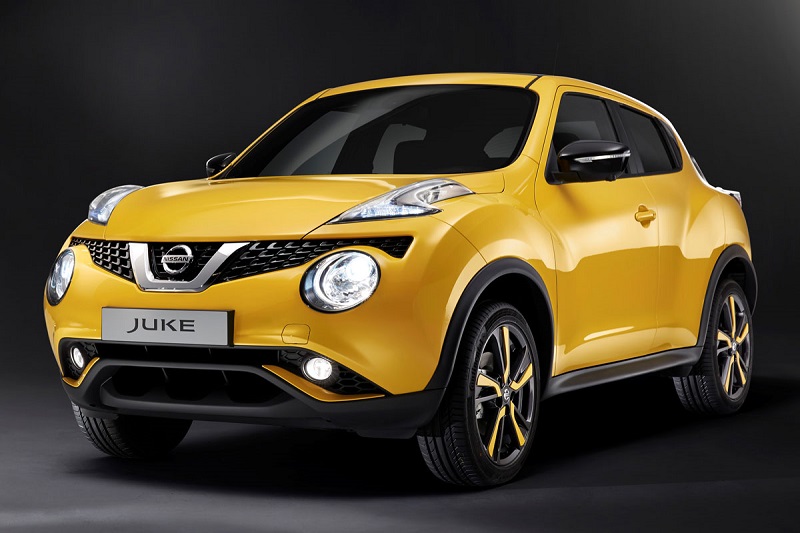 Iain: See how those high-mounted rear door handles keep the Juke’s rear so fluid? Nice touch, unless you have a five-year old and the handles are too high for her to open the door.

Formula 1 Sequential gearboxes Williams F1 began work on its semi-automatic gearbox several years before it raced for the first time in 1991. The team’s Director of Engineering, Patrick Head, talks us through its evolution. “There are several advantages to the semi-automatic gearbox. F1 car gearboxes are different to road car gearboxes in that they are semi-automatic and have no synchromesh. They are sequential which means they operate much like a motorcycle gearbox, with the gears being changed by a rotating barrel with selector forks around it. In the world of the F1 semi-automatic gearbox, of course, there is no need for the driver to even think about this – everything is electronically controlled! All the driver is required to do is to pull paddle when he wants to change up or down a gear, and the electronics controlling the gearbox and clutch do the rest. Welcome to the official Formula One online store, the one-stop shop for the high-octane sport of F1, specialising in distributing the latest and greatest F1 and Grand Prix merchandise, while stocking an unrivalled range of authentic and licenced teamwear, caps, fan apparel and accessories. F1 gearbox. Inside Formula 1 gearbox, the gear clusters are mounted in a removable cassette. Much easier to work with. The FIA from 2011 regulations stipulate that each car is allowed 30 pairs of gear ratios from which to choose during the entire season, and these 30 ratios must.

Jules: Rear space is kid-friendly though, and there’s enough head and leg room for two adults to be comfy.

Iain: But no rear air vents or USB points shows our Juke wasn’t really designed with rear travellers in mind.

Jules: Amazing safety systems make it family-friendly. It will stop me crashing into cars, pedestrians and cyclists, keeps me in my lane, tells me the speed limit and checks my blind-spot and traffic crossing while I reverse. Well done, Nissan.

Iain: The family budget must consider the Juke’s quite high purchase cost and it swallows pricier 95 petrol, but our return of 6.2L/100km was good, and fixed price service charges are reasonable.

Used Suv For Nissan Juke Near Me

Jules: Snazzy styling, classy cabin plus loads of safety and included kit are strong points, and the new Juke’s big for a light SUV. But sorry, I can’t live with that gearbox.

Who Makes The Juke Car

Iain: If most of your journeys are low-speed, stop-start affairs, I agree, the gearbox isn’t smooth enough. A good package otherwise, but I’d take a good hard look at the competition.